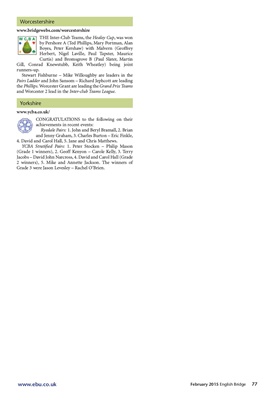 THE Inter-Club Teams, the Healey Cup, was won

Stewart Fishburne - Mike Willoughby are leaders in the

the Phillips. Worcester Grant are leading the Grand Prix Teams

and Worcester 2 lead in the Inter-club Teams League.

CONGRATULATIONS to the following on their

2 winners), 5. Mike and Annette Jackson. The winners of