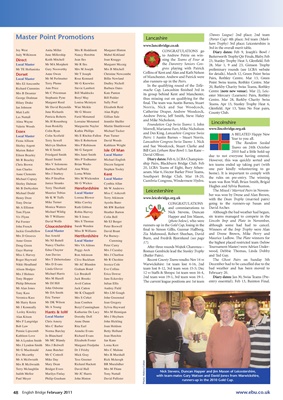 3rd in the overall merit table.

In the qualifying round of the Tolle- 20, Barkby Charity Swiss Teams, Rothley

Pairs: 1 Austin Barnes – Stuart Norris. Year to you all.

Southport Bridge Club. Mar 18-20, the rules on pre-entry. The winning

ber was won by Drene and Alan Brown,

John French Gloucestershire Sarah Wenden Peter Boswell runners-up in the Gold Cup, losing in the although some had had to cancel.

17). the highest placed restricted team (below

with team-mates Gary Watson and David Jones from Warwickshire,