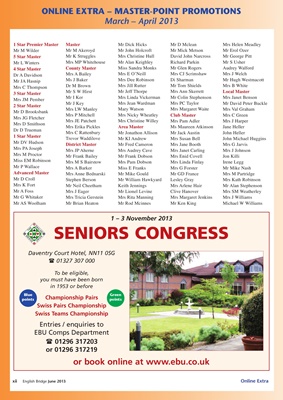 you must have been born

or book online at www.ebu.co.uk