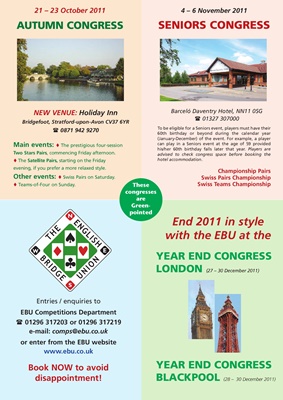 To be eligible for a Seniors event, players must have their

(January-December) of the event. For example, a player

Main events: t The prestigious four-session can play in a Seniors event at the age of 59 provided

t The Satellite Pairs, starting on the Friday hotel accommodation.

evening, if you prefer a more relaxed style.

with the EBU at the