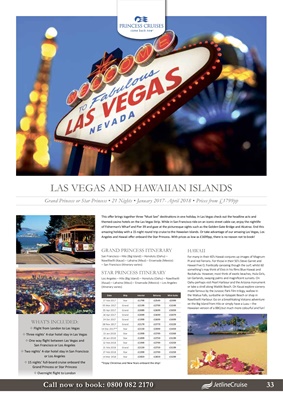 amazing holiday with a 15 night round trip cruise to the Hawaiian Islands. Or take advantage of our amazing Las Vegas, Los

Angeles and Hawaii offer onboard the Star Princess. With prices as low as £1699pp, there is no reason not to book!

Hawaii Five O, frantically canoeing though the surf; whilst 60

something's may think of Elvis in his films Blue Hawaii and