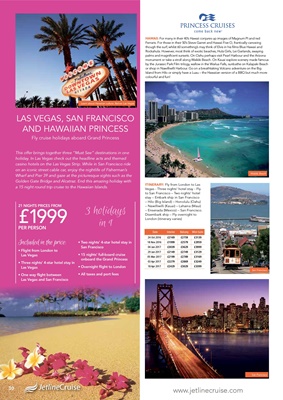 Golden Gate Bridge and Alcatraz. End this amazing holiday with

a 15 night round trip cruise to the Hawaiian Islands.

ITINERARY: Fly from London to Las