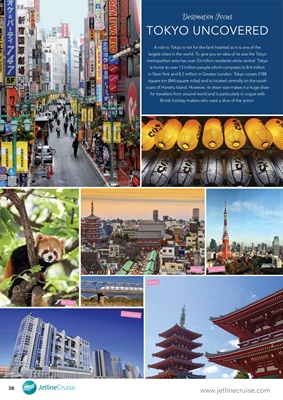 largest cities in the world. To give you an idea of its size the Tokyo

metropolitan area has over 33 million residents while central Tokyo

is home to over 13 million people which compares to 8.4 million

in New York and 8.2 million in Greater London. Tokyo covers 2188

coast of Honshu Island. However, its sheer size makes it a huge draw

for travellers from around world and is particularly in vogue with

British holiday makers who want a slice of the action.