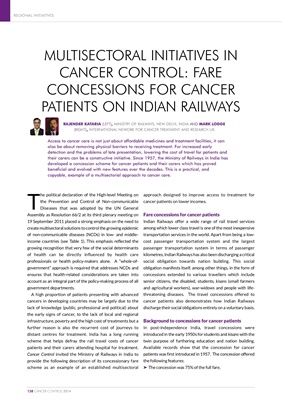 Table 1: Excerpts from the Annex Political Declaration of the High-level Meeting of the General Assembly on the Prevention and Control of

Responding to the challenge: A whole-of-government and a whole-of-society effort

33 Recognize that the rising prevalence, morbidity and mortality of non-communicable diseases worldwide can be largely

at the local, national, regional and global levels, and by raising the priority accorded to non-communicable diseases in

approaches for health at the government level, including, as appropriate, health in all policies and whole-of-government

42 Acknowledge the need to put forward a multisectoral approach for health at all government levels, to address noncommunicable disease risk factors and underlying determinants of health comprehensively

43. Advance the implementation of multisectoral, cost-effective, population-wide interventions in order to reduce the impact of

43(b) Develop, strengthen and implement, as appropriate, multisectoral public policies and action plans to promote health

education and health literacy, including through evidence-based education and information strategies and programmes in

and out of schools and through public awareness campaigns, as important factors in furthering the prevention and control of

non-communicable diseases, recognizing that a strong focus on health literacy is at an early stage in many countries

43(l) Scale up, where appropriate, a package of proven, effective interventions, such as health promotion and primary prevention

approaches, and galvanize actions for the prevention and control of non-communicable diseases through a meaningful

45 Promote, establish or support and strengthen, by 2013, as appropriate, multisectoral national policies and plans for the

prevention and control of non-communicable diseases, taking into account, as appropriate, the 2008-2013 Action Plan for

the Global Strategy for the Prevention and Control of Non-communicable Diseases and the objectives contained therein,

and take steps to implement such policies and plans

45(f) Promote multisectoral and multi-stakeholder engagement in order to reverse, stop and decrease the rising trends of obesity

61 Call upon the World Health Organization, with the full participation of Member States, informed by their national situations,

through its existing structures, and in collaboration with United Nations agencies, funds and programmes and other relevant

regional and international organizations, as appropriate, building on continuing efforts to develop, before the end of 2012, a

comprehensive global monitoring framework, including a set of indicators, capable of application across regional and country

settings, including through multisectoral approaches, to monitor trends and to assess progress made in the implementation of

64. Request the Secretary-General, in close collaboration with the Director-General of the World Health Organization, and in

consultation with Member States, United Nations funds and programmes and other relevant international organizations, to

submit by the end of 2012 to the General Assembly, at its sixty-seventh session, for consideration by Member States,

65 Request the Secretary-General, in collaboration with Member States, the World Health Organization and relevant funds,

session a report on the progress achieved in realizing the commitments made in this Political Declaration, including on the

progress of multisectoral action, and the impact on the achievement of the internationally agreed-development goals,

including the Millennium Development Goals, in preparation for a comprehensive review and assessment in 2014 of the

progress achieved in the prevention and control of non-communicable diseases