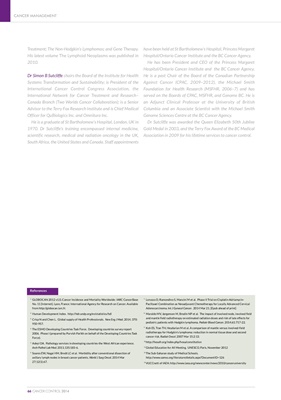 technology to individuals and families in the community.1 PC

is about caring for people, rather than specific diseases,

constitutes the foundation of health services for the

population at large and has become a core concept of World

Health Organization's (WHO) goal of "Health for All". PC is

often the first point of contact between people and health

care providers in the health care system. A primary health

care approach is the single most efficient and cost-effective

foundation to build a health system on. International

outcomes, at lower costs and with higher user satisfaction.

Protecting populations from risks to health and illness by

prevention and health promotion is the core objective of PC.

people with common illnesses, as well as for chronic diseases

such as diabetes, and the prevention of future ill-health

through advice, immunization and early detection.

midwives and health workers, dealing with a broad range of

physical, psychological and social problems, rather than

The most common source of PC in rural areas are

government health services. In many low- and middle-income

countries these services are found at the primary health

centre (PHC), a dispensary or a polyclinic in urban areas, and

with the general practitioners (GPs) in these centres or in the

private/voluntary sector. More than 80% of clinical care in

the United Kingdom is delivered in general practice and the

PC practitioners refer less than 5% of their patients each year

for specialist consultations, opinions and hospital

investigations.2,3 Recently, there has been renewed interest

in the potential of PC to deliver the global health policy

agendas with the new focus on non-communicable diseases.4

The frequent interaction of apparently healthy people with

screening and early diagnosis as well as for providing followup care for treated cancer patients.

DETECTION AND PREVENTION SECTION, INTERNATIONAL AGENCY FOR RESEARCH ON

HEAD OF DEPARTMENT OF COMMUNITY ONCOLOGY AND MEDICAL RECORDS, GUJARAT

prevention, screening and early diagnosis as well as follow-up care for treated patients. Given

the increasing burden and risk of colorectal cancer (CRC) in low- and middle-income countries,