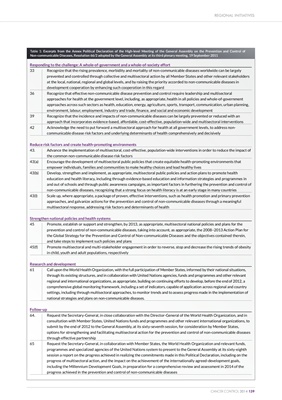 ‰ If accompanied by an attendant, the concession was

reduced to 50% for both the patient and the attendant -

issued as a combined ticket.

‰ The concession was offered to cancer patients travelling

for admission to hospitals or institutes or after discharge

‰ In 1961, the concession was extended to outward and

return journeys i.e., the outward journey for admission to

the cancer hospital or institute or in connection with reexaminations

or periodical check-ups and the return

Since its inception the concession for cancer patients has

evolved in the following manner:

1981 The same concession was extended to

both first class and second class.

1986 After the introduction of sleeper class, the

same concession was allowed for this.

2003 The same concession was extended to

were offered for 2A and 1A classes.

At present cancer patients are eligible for 100% concession in

These are allowed on the basic fares of mail and express trains.

The escorts of cancer patients are also eligible for a 75%

and a 50% concession AC 2 tier and AC first class. They are

allowed only on basic fares for mail and express trains.

Concessional tickets are issued on production of a certificate

from the head of a cancer hospital or institute where the

patient is being treated. Outward journey concessions are

issued from the station where the patient boards to the

hospital where they are being treated. The return journey

concessions are issued from the treatment/checkup/discharge

centre to the patient's place of residence.

A large number of cancer patients have been using this

have used the concession; of which 900,000 passengers have

given to cancer patients in 2012-13 was approximately US$

Apart from the support given in the form of fare concessions,

Indian Railways also facilitates the travel of cancer patients by

providing a special quota of reserved seats. Such quota is

covering the major metros where the hospitals and institutes

for specialized treatment are located. In addition, cancer

patients who use the concessions are also given limited direct

access and preference in the allotment of an emergency quota

of seats which helps travel at very short notice. Therefore, to

some extent, cancer patients are given adequate priority over

the other categories of traveller including those travelling on

The figures cited above are impressive and encourage

further research. It would be interesting to know how many

other countries (high, middle or low income) are operating

and their carers. Even more importantly, what evidence there

is that providing cheaper or free travel for patients leads to

any or all of the following outcomes: downstaging at the point

of diagnosis; increased attendance and adherence to

improved survival rates? Cancer Control would be interested in

receiving summaries of these data from major treatment

hospitals in India whose patients are known to have benefited

from these concessionary fares. l

Sh Rajender Kataria is an officer with India's Administrative

Service. He has served in various capacities in State and Union

Governments including as Assistant Commissioner and SubDivisional Magistrate,

He has also served as the Administrator

Mata Sheetla Devi, Gurgaon, as well as Chief Administrator of

Chief Staff Officer to Union Ministers of Labour and Employment,

Railways and Social Justice and Empowerment.

Mark Lodge became involved in evidence-based research as a

young member of the General Practice Research Group at the

Department of Public Health and Primary Care, University of

Oxford. In 1993 he joined the embryonic Cochrane

joined the INCTR as its Director for Programme Development

and is now the Executive Director of the UK Office with

responsibility for the Network's Evidence Base Programme. Mark