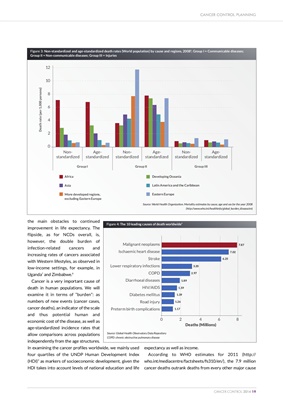 Figure 5: The five most common causes of cancer incidence and mortality by sex categorising countries according to four levels of human development

million people died between the ages 30 and 69 from cancer

in the same year, representing the most common form of

premature death globally and almost one-third of the total

illustrates the complexity of cancer by portraying the five

most common causes of cancer incidence and mortality by

sex, as estimated in GLOBOCAN in 2012,10 categorizing

countries according to four levels of HDI9 and separating the

vastly-populated countries of China and India. There are then

16 different types of cancer that can be considered major

forms of cancer in terms of frequency of occurrence or death

in one or more of these regions or countries, 10 in men and 12

Cancer thus differs from the other NCDs by including a

wide range of important cancer sites and types that vary

substantially with respect to their geographic distribution,

12 Although some risk factors, notably smoking, can

factors, including those affecting early stages and late

stages of carcinogenesis, are typically involved in the

causation of cancer in any given site.

19 As is apparent in

Figure 5, distinct patterns of cancer types at a regional and

be implemented even in regions where those cancers are at

present relatively uncommon, given the full extent of

cancers related to those risk factors will appear only in the

from the recent trends observed in the major cancers

alongside UN demographic projections, suggest the

number of new cases of cancer will surpass 20 million as

Confronting the rise of cancer: The role of

What can be done to tackle the impending cancer epidemic?