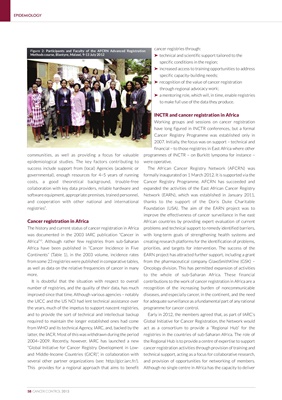 Figure 2: Participants and Faculty of the AFCRN Advanced Registration

specific conditions in the region;

‰ recognition of the value of cancer registration

‰ a mentoring role, which will, in time, enable registries

to make full use of the data they produce.

INCTR and cancer registration in Africa

have long figured in INCTR conferences, but a formal

Cancer Registry Programme was established only in

2007. Initially, the focus was on support – technical and

financial – to those registries in East Africa where other

communities, as well as providing a focus for valuable programmes of INCTR – on Burkitt lympoma for instance –

epidemiological studies. The key factors contributing to were operative.

governmental), enough resources for 4–5 years of running formally inaugurated on 1 March 2012. It is supported via the

registries9. Foundation (USA). The aim of the EARN project was to

improve the effectiveness of cancer surveillance in five east

The history and current status of cancer registration in Africa problems and technical support to remedy identified barriers,

Africa” . Although rather few registries from sub-Saharan creating research platforms for the identification of problems,

Africa have been published in “Cancer Incidence in Five priorities, and targets for intervention. The success of the

Continents” (Table 1), in the 2003 volume, incidence rates EARN project has attracted further support, including a grant

from some 23 registries were published in comparative tables, from the pharmaceutical company GlaxoSmithKline (GSK) –

as well as data on the relative frequencies of cancer in many Oncology division. This has permitted expansion of activities

more. to the whole of sub-Saharan Africa. These financial

number of registries, and the quality of their data, has much recognition of the increasing burden of noncommunicable

improved since that time. Although various agencies – notably diseases, and especially cancer, in the continent, and the need

the years, much of the impetus to support nascent registries, programme for cancer control.

and to provide the sort of technical and intellectual backup Early in 2012, the members agreed that, as part of IARC’s

required to maintain the longer established ones had come Global Initiative for Cancer Registration, the Network would

from WHO and its technical Agency, IARC, and, backed by the act as a consortium to provide a “Regional Hub” for the

latter, the IACR. Most of this was withdrawn during the period registries in the countries of sub-Saharan Africa. The role of

2004–2009. Recently, however, IARC has launched a new the Regional Hub is to provide a centre of expertise to support

and Middle-Income Countries (GICR)”, in collaboration with technical support, acting as a focus for collaborative research,

several other partner organizations (see: http://gicr.iarc.fr/). and provision of opportunities for networking of members.