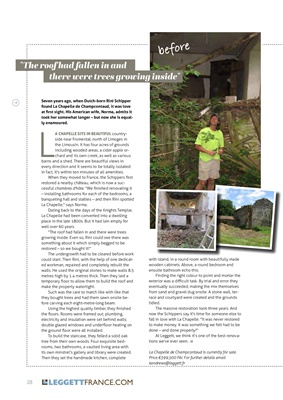 exterior was a difficult task. By trial and error they