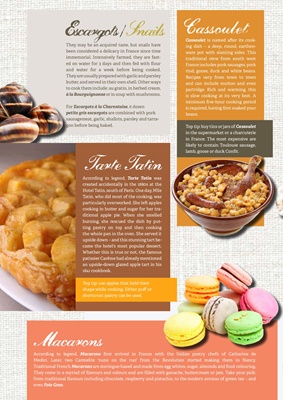 butter, and served in their own shell. Other ways

They come in a myriad of flavours and colours and are filled with ganache, buttercream or jam. Take your pick:

cooking in butter and sugar for her traditional

Cassoulet is named after its cooking dish - a deep,

and can include mutton and even